​Kids…need help writing a letter to Santa? Want to know some interesting things about the lights and sights at Overly’s? Want to know more about Henny Hemlock, the Talking Christmas Tree, or maybe share some of Henny’s favorite jokes? Or, just want a fun puzzle or coloring page to do at home to remind you of your trip to Overly’s? Scroll down.

Unbeknownst to most people, Santa Claus had a small, but very close family. His Aunt Edna (on his mother’s side) loved Christmas as much as Santa himself.

Aunt Edna would be the first at the North Pole to decorate her Christmas Tree for the holiday. Whenever anyone would visit her, they would bring an ornament or a light for her tree. Soon, the tree became so big that Aunt Edna couldn’t keep it any longer. She gave it to her nephew, Santa Claus.

Santa, his reindeer and all of the elves moved the huge tree adorned with every kind of ornament and light one could imagine to Toyland. One of the elves felt sorry for the cold and shivering tree so he placed an extra-large Santa hat on its top to keep it warm. “Thank you”, said the tree. “My name is Henny — Henny Hemlock”.

Everyone was astonished. The magic of the Santa hat gave the 50 year old tree the gift of gab. “You see”, Henny explained. “Any tree can speak at the age of 50 with a little bit of magic”.

Santa knew that this tree was something very special. Many years later he brought the tree to Overly’s Country Christmas® for all to see and hear.

One day, Henny stopped talking. His pine limbs drooped. His lights dimmed and his ornaments appeared dull and tarnished. With much prodding, Henny finally whispered: “I am so sad. I miss my family at the North Pole”. A single tear fell to the ground and Henny went silent.

The folks at Overly’s pleaded with Santa for help. Henny delighted children of all ages for many years in Christmas Village. What would become of Overly’s Country Christmas® if Henny never spoke again?

Santa thought for a moment and smiled . . .  a really big smile.  Later that night, he was seen sprinkling snowflakes on the ground next to Henny.
The following year, before the ceremonial lighting of the bonfire, a very small tree magically appeared beside Henny Hemlock.
Henny was so happy.  His eyes brightened, his pine limbs straightened and his ornaments sparkled again.  Henny began to talk . . . and talk and talk.  Henny recognized his great grand-nephew, Harold, who had grown to join him and be a part of Overly’s Country Christmas®. 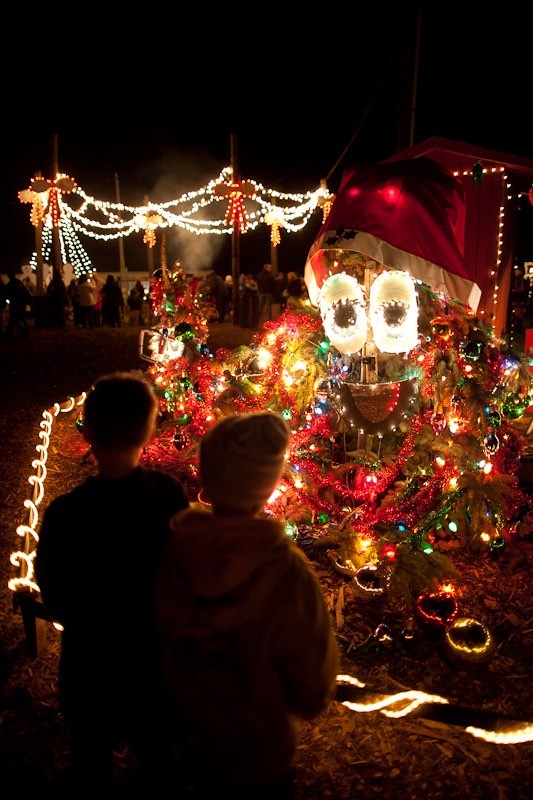 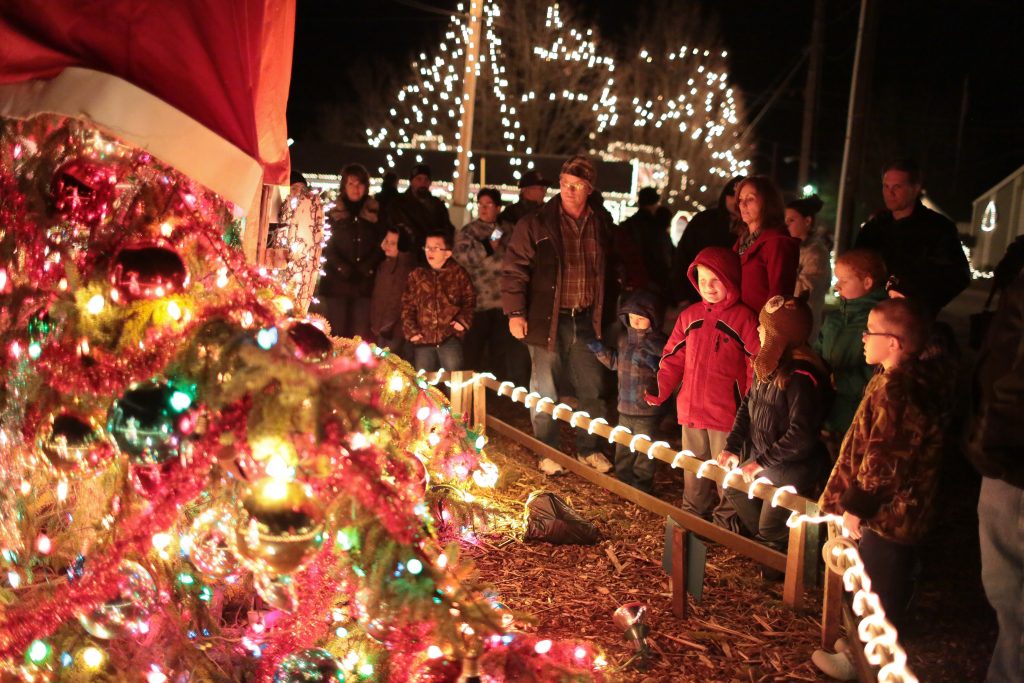 The Legend of the Christmas Donkey

In February 2018, we lost our beloved Ditto  He had been a part of our holiday manger for 22 years.  Out of the pain of losing Ditto came healing in the form of Edgar, a rescue donkey, who came to join our Overly’s Family for the 2019 Season.

Each Christmas, these two endearing souls have provided us with the joy of innocence, putting smiles on our faces in the midst of holiday bustle. They’ve undoubtedly been the life-blood of our Overly’s Family, but more than that, their story runs deep. It’s a story not limited to Ditto or Edgar. It’s a story of what they are, of how important their role in Christianity has come to be known. They are a part of us, and part of a grander legend.

THE LEGEND OF THE DONKEY’S CROSS
A poor farmer near Jerusalem owned a donkey far too small to do much work at all. He felt that he couldn’t afford to feed a worthless animal like this, one that could do him no good whatsoever, so at the supper table he told his family that he was going to kill the donkey.

His children, who loved the little donkey, begged him to sell it rather than harm it. But the farmer said, “It’s wrong to sell an animal that can’t do a good day’s work.”

Then his oldest daughter suggested, “Father, tie the donkey to a tree on the road to town, and say whoever wants it may take it for nothing.” And the next morning, that’s what the farmer did.

Soon, two men approached and asked if they could have the donkey. “It can carry almost nothing,” the farmer warned them.

“Jesus of Nazareth has need of it,” replied one of the men. The farmer couldn’t imagine what a great teacher would want with such a worthless donkey, but he handed it over.

The men took the animal to Jesus, who stroked the grateful donkey’s face and then mounted it and rode away. So it was on the day we call Palm Sunday, Jesus led his followers into the city of Jerusalem riding on the back of a small, common donkey.

The donkey so loved his gentle master that he later followed him to Calvary. Grief-stricken by the sight of Jesus on the cross, the donkey turned away but couldn’t leave. It was then that the shadow of the cross fell upon the shoulders and back of the donkey, and there it stayed. All donkeys have borne the sign of the cross on their backs since that very day. 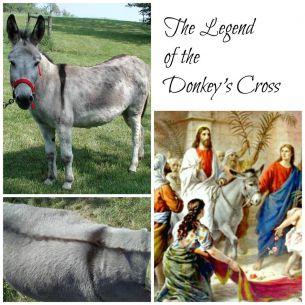 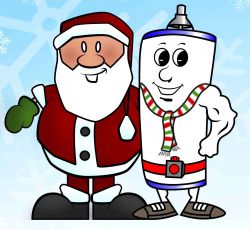 One summer day, far away at the North Pole, Santa looked down with delight.  He saw children playing in sandboxes, swinging on swings and climbing on play-sets, stretching their imaginations to be whatever they wanted.  Santa smiled and wondered why kids couldn’t do the same thing in the winter.  “We need a Winter Fun-derland”, Santa shouted with glee!

Santa visited his friend, Henny Hemlock and asked for his advice.  Henny told Santa he should go visit Mr. Waterheater because he might have a solution and was always willing to help.

You see…many, many years ago, water heaters were packed on wooden pallets.  Mr. Waterheater saved those pallets because he thought one day he could recycle them into something useful.

That day arrived when Santa went to visit Mr. Waterheater.  Santa was more than happy to see his collection of pallets that could be turned into wooden play sets for the children.  His heart melted with the thought of creating a Winter Fun-derland and watching it come to life.

Santa returned to the North Pole and discussed the project with the elves.  They were delighted to build something for the kids, so that they had a winter playground.

Late one night in September, Santa loaded all the elves into his sleigh and brought them here to Christmas Village to build wooden winter play sets.  It was a delightful evening.  The sound of wood being cut, the hammering of nails and elves singing could be heard for miles. When they were finished, Santa was overjoyed by the play area; he even let the elves play for a while before heading back to the North Pole.  Then, before boarding the sleigh, Santa shook Mr. Waterheater’s hand and thanked him for all the help, they together named the play area — The Mr. Waterheater Winter “FUN”-derland.

Unscramble holiday words, follow the maze to the bonfire or find the things you’ll see in Christmas Village.